Beginning in 1990, a civil war between the Hutu-led government and the Tutsi minority group erupted in Rwanda. In 1994, the civil war escalated into a genocide orchestrated by Hutus against Tutsis. As a result of murder and systematic brutality, genocide against the Tutsis and non-extremist Hutus left approximately one million people dead within a period of three months.1 Today, although mass violence is no longer dominating social interactions and the post-war socioeconomic situation continues to improve, the country still bears the heavy burden of this legacy. Examining the specificities of today’s mental health burden can illuminate how, despite the passage of time, the Rwandan genocide continues to shape the health of Rwandans.

Recognizing the impact the events that occurred during the Rwandan genocide is crucial to understanding the current state of mental health. The genocide consisted of mass killings of anyone who was in opposition to the Hutus. Because the civil war was so widespread, no person escaped the horrors overwhelming the country. Furthermore, the genocide included the use of widespread gender-based violence, particularly in the form of sexual violence, inflicted upon Tutsi women. Perpetrators of sexual violence also sought to infect women with HIV, in order to ensure spread of the disease and eventual death of the Tutsis.2 After the genocide ended, the consequences of these events did not subside. Witnessing or experiencing potentially traumatic events, such as massacre, serious attack with a weapon or sexual abuse, greatly increases the likelihood of mental illnesses such as post-traumatic stress disorder (PTSD) and depression.1 Witnessing such events became tragically common during the genocide, making the rates of mental illness in Rwanda very concerning but also unsurprising. 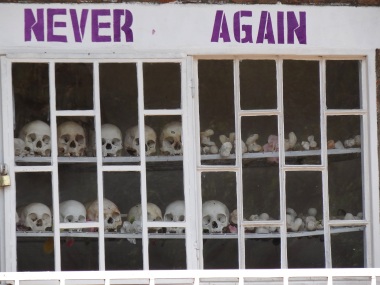 Today, mental health issues such as depression, anxiety and post-traumatic stress disorder continue to be a major cause of morbidity and invalidity. A study conducted in 2014 showed that 11% of Rwandans suffer from PTSD, 19% from syndromal depression, and 23% from syndromal anxiety. Depressive symptoms were strongly linked to functional impairment in most major roles for both men and women, illustrating that mental health actively affects daily life.3 Furthermore, rates of mental illness are often twice as high in women than as in men, and the majority of women who lived through the genocide continue to endure trauma, stigma, social isolation and poverty as a result of this history.4 The prevalence of mental illness in Rwandan survivors is also significant because the presence of such disorders in the parental generation increases the symptoms of mental illness in descendants of survivors.1 Therefore, although the genocide has ended, its effects and consequences on health continue to debilitate and devastate the people who were targeted and their families. Despite this knowledge, only the minimum basic mental healthcare structures are in place, and policies are not currently targeting specialized mental healthcare meant to address the consequences of the genocide. For example, most district hospitals in rural communities generally lack resources and training for general medical care, and therefore cannot provide mental health services. As a result, victims of the genocide and their offspring remain trapped in an unnecessary cycle of ill health.

While many steps must be taken in order to lessen the severity of mental health problems in Rwanda, acknowledging the influence of Rwanda’s history is incredibly important. Today, the World Health Organization lists specialized mental health staff, increased funding of mental health resources, and community management of mental health as priorities when creating health programs for Rwanda.5 While the legacy of the genocide cannot and should not be erased, working towards the specific needs of the country will help Rwandans achieve the quality of life that all people deserve.

Anabel Starosta is a pre-med student majoring in History of Science, Medicine and Public Health. She can be contacted at anabel.starosta@yale.edu