In July 2015, the Associated Press published a concerning report regarding contamination levels in the waters surrounding Rio de Janeiro, the venue of the 2016 Summer Olympics. In the scathing report, the Associated Press writes “Olympic athletes are almost certain to come into contact with disease-causing viruses that in some tests measured up to 1.7 million times the level of what would be considered hazardous”(Brooks and Barchfield). Following the report, sports officials vowed to clean up the mess ahead of the start of the Olympics. However, a follow-up test by the Associated Press in November yielded even more concern, as pollution levels were reportedly high not just near the beaches, but also as far as one kilometer offshore, where sailors, open swimmers, and boaters would be in Summer 2016. In an ironic twist, the AP reported that the Brazilian government will not test for virus levels in the water (Brooks and Barchfield).

Rio De Janeiro’s contamination problems stem from its poor sewage system. Normal sewage systems in the United States allow wastewater to flow through several layers of treatment in order to first filter out solid material and then filter out bacteria. In Rio, the Guardian reports that instead of having all of these expensive purification steps, sewage water flows directly into rivers. From the rivers, the sewage runs into the waterways where the aforementioned aquatic sports will be held (“Athletes at Rio Olympics to compete in ‘basically raw sewage’”).

Unfortunately, the issue of contaminated waters in cities hosting the Olympics is unique neither to Rio de Janeiro nor to summer Olympics venues. Ahead of the 2014 Sochi Winter Olympics, as Russia attempted to build venues in time for the opening ceremony, reports surfaced of builders dumping waste into pits. This resulted in river pollution and the disruption of village economies (Luhn). With regard to local economic disaster, Alec Luhn from the Independent highlighted the situation in Akhshtyr, where pollution from construction waste caused a limestone dust coating to settle on the local kurma fruit, rendering the fruit unsellable and causing the economy of the village to take a major hit. These reoccurring pollution issues should be warning enough to for the International Olympic Committee to take serious action. 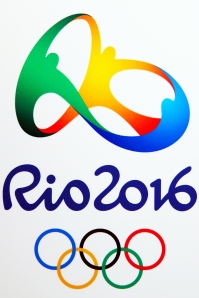 Already, the contaminated waters surrounding Rio de Janeiro may have caused an athlete to get sick. Olympic sailor Erik Heil claims that after a trial event in Rio, he fell ill with MRSA (Brooks). This deadly antibiotic-resistant disease causes painful abscesses to form on the skin and can potentially be life-threatening (“MRSA Infection”). The disease can lay latent within our system between months and years, which means that it is impossible to tell whether the German sailor contracted the disease from Brazil’s contaminated waters.

Athletes have already been competing in these waters for trial events. Given all of the negative media attention as well as the empirical tests, the Olympic competitors seem torn about what they would like to do about the situation. On the one hand, the managing director of US Sailing is dismissing the concerns: “We are well aware of the concerns of water pollution … and [we] have been making adequate preparations to protect the athletes” (Knowlton). On the other hand, given their experience in the polluted waters, many of the athletes worry that they will be at a competitive disadvantage if the venues are moved to cleaner waterways (“Olympic athletes spurn virus exposure warnings in Rio’s contaminated waters”).

The International Olympic Committee has a global obligation to protect our athletes. As the host country, the Brazilian government should take immediate action to set up a plan by which the waters should be cleared to regulation levels in time for the competition.

Akhil Upneja is a junior in Morse College majoring in Molecular, Cellular, and Developmental Biology. Akhil can be contacted at akhil.upneja@yale.edu

Knowlton, Emmett. “US Olympians Have Known about the Filthy 2016 Olympic Venues That Could Make Them ‘violently Ill’ for Years – and They Aren’t Flipping out.” Business Insider. Business Insider, Inc, 31 July 2015. Web. 13 Dec. 2015.