Until recently, scientists thought mental disorders were solely caused by environmental factors. However, modern neural-imaging technology suggests that mental illnesses are “disorders of brain circuits.” The advent of enhanced imaging techniques allows neurologists to specialize studies specifically on neural circuits and their connectivity, or the lack thereof, rather than more broadly on environmental influences. In past decades, little could be discovered about abnormal brain circuitry because old electroencephalograph (EEG) technology (the recording of electrical activity along the scalp) revealed minimal detail about circuitry function. With the invention of higher-tech imaging techniques and the high resolution EEG, neurologists can meticulously map area-specific brain function. They can now study “the mind via the brain.” Unraveling the biology of mental disorders is important because it can lead to discoveries about how to cure symptoms and ultimately prevent their occurrence. Mapping patterns of cortical activity reveals information about mental function that is not apparent through mere behavior observation. The development of modern neural imaging mechanisms has morphed the way neurologists interpret mental illnesses. Recent records of neural activity seem to indicate that abnormal brain circuitry is a cause for some mental disorders. An example of a mental illness that has been explored via neural imaging mechanisms is Obsessive-Compulsive Disorder (OCD). 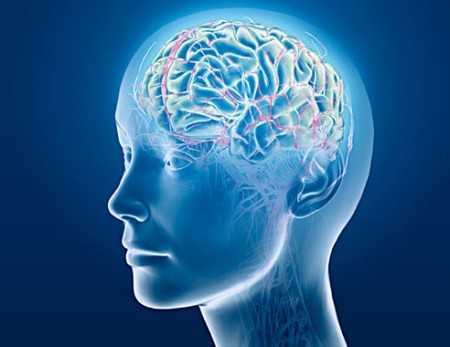 Those who have Obsessive-Compulsive Disorder experience persistent obsessions and subsequent compulsions in order to alleviate the anxiety that the debilitating obsessions produce. Obsessions are intrusive thoughts or images, while compulsions are behaviors or mental acts that are executed with the goal of preventing or reducing the distress caused by the obsessions. Moreover, patients with OCD experience the continual intrusion of thoughts that cannot be dismissed although individuals generally perceive such thoughts as foreign and irrational. The anxiety associated with these unwanted and disturbing thoughts can be extremely intense, causing the compulsions to be both ritualistic and repetitive in order to discharge the obsessive thoughts. OCD symptoms can be categorized into specific clusters. Common patterns include obsessions of contamination, with accompanying cleaning compulsions; obsessions with symmetry or order, with accompanying ordering behaviors; obsessions of saving, with accompanying hording; somatic obsessions; aggressive obsessions with checking compulsions; and sexual and religious obsessions.

Excessive relative activity in the direct pathway of the basal ganglia affective loop has been suggested to cause obsessive thoughts that become “trapped.” Once thoughts are trapped, they become obsessions with compulsions to follow. The affective basal ganglia loop provides excitatory projections from both the orbitofrontal and cingulate cortex to the caudate nucleus and ventral straitum. Then, the caudate nucleus sends an inhibitory projection to the globus pallidus, which sends inhibitory projections to the thalamus. To complete the loop, the thalamus projects back to the cortex. An increase in the first inhibitory step in the caudate nucleus might cause the second step in the globus pallidus to become less of an inhibitor on thalamus, leading to an overactive circuit.

Demonstration of an EEG device, used today in neurological research on OCD.

While the aforementioned theory is just a hypothesis, I believe it is the most encompassing explanation the scientific community has developed. Not only does it delineate the neuroscience of the disorder, it also explains OCD’s clinical systems in terms of the disorder’s overwhelming obsessions and devastating compulsions. Honestly, that’s what OCD is: both overwhelming and devastating. I was diagnosed with the illness when I was 14 and not a day has done by wherein I don’t think about it and its impact on my life.

So, let’s start by addressing OCD’s most common misconceptions. No, I do not wash my hands until they bleed; no, I do not bleach everything before I touch it; and no, I’m not constantly terrified of getting contaminated with a lethal illness. As mentioned above, obsessions of contamination and their accompanying cleaning compulsions represent one subset of potential symptoms. Not everyone with OCD has a fear of contamination. Not everyone with the common cold experiences the same symptoms. OCD resonates differently across individuals. For me, my biggest symptoms included obsessions and compulsions involving organization and symmetry.

Being generally organized and preferring items to be linearly aligned doesn’t merit an OCD diagnosis. However, when one’s desire to organize and align becomes immobilizing it is a strong indication that this individual may have OCD.

My earliest memory is one of me at my Grandma and Grandpa’s Southampton house in which I was scheduling my day…down to the minute. I was obsessed with my day’s organization; I sectioned out specific times to go to the bathroom, eat, change clothes, etc. Whenever the schedule would not go as planned, I would erupt into an anxiety attack and consider the whole day ruined. I was 4 years old. When getting ready for school in the morning, I would tie my shoes for upwards of 30 minutes until the “tightness” of both shoes felt perfectly equivalent. I was obsessed with a general feeling of overall symmetry. I would rationalize my actions by claiming, “I do not want my shoes to distract me from learning today in school so I better tie them just right.” I would rationalize my compulsions by telling myself they were normal and universal. I convinced myself that my (ridiculously) “type A” self was necessary in order to promote a productive and successful life. My relatively benign symptoms persisted until eighth grade.

In eighth grade, for whatever reason, my symptoms became debilitating. They started to impede my everyday life. I spent an absurd amount of time creating lists and schedules for everything and organizing objects so they aligned either perfectly perpendicular or parallel to a reference corner or desk edge.

It was in eighth grade that my mom began to see my compulsions as crippling rather than an excess of organization. She noticed everything I owned had its place and objects could not be moved without subsequent distress. She realized I would spend a superfluous amount of time arranging and re-arranging everything in my room. Though she expressed concern, I continued to rationalize my thoughts—a hallmark reaction of one with the illness.

The summer before my freshman year of high school, I started to notice how my thoughts and compulsions were impacting my everyday life. I couldn’t focus while in my room because I was fixated on the placement and position of objects. My mom noticed my symptom increase and took me to a neurological behavior center to meet with an OCD specialist. Before, when I wanted to downplay my irrationality, I would have rejected my mom’s gesture. However, I went with no resistance because deep down I knew I needed help and no longer wanted the imprisoned thoughts and worries to dictate my days.

In my first session, I was diagnosed with the illness through a combination of self-report surveys and observation. After my diagnosis, my OCD specialist began to explain the therapeutic treatment process. She informed my mother and me that I would begin Cognitive-Behavioral Therapy (CBT). CBT allows patients to use their brain power in order to control their obsessive thoughts and compulsive behaviors rather than letting the condition control them. CBT incorporates Exposure and Response Therapy as well. This form of CBT slowly increases an OCD patient’s contact with the obsession that triggers compulsion. For example, someone worried about getting germs from things he/she touches would touch the undesirable object and then not wash his/her hands afterward, continuing that until he/she no longer feels anxious when doing so.

On my first day of therapy, the specialist explained that I am not my OCD and it does not define me. She described a dichotomy between my “OCD voice” and my “rational voice.” She said it would be a difficult process because my brain would be “fighting with itself.” My “OCD voice” would tell me to do one thing but my “rational voice” would advise against performing that action. She also told me that while this process would be a difficult endeavor, it would also prove to be the most rewarding, as taking control of my “OCD voice” would set me free from the confines of my own mind.

A week of obsessions and subsequent compulsions passed and I was back in the office. My specialist and I started to make a plan describing how we were going to overcome the illness together. We started by developing an understanding of how I would tackle my “OCD voice.” She said that I would naturally think of an obsession and then not perform the compulsion in order to face the anxiety that was to follow. Every time I resisted a compulsion I was re-wiring my brain and getting closer to silencing my “OCD voice.” 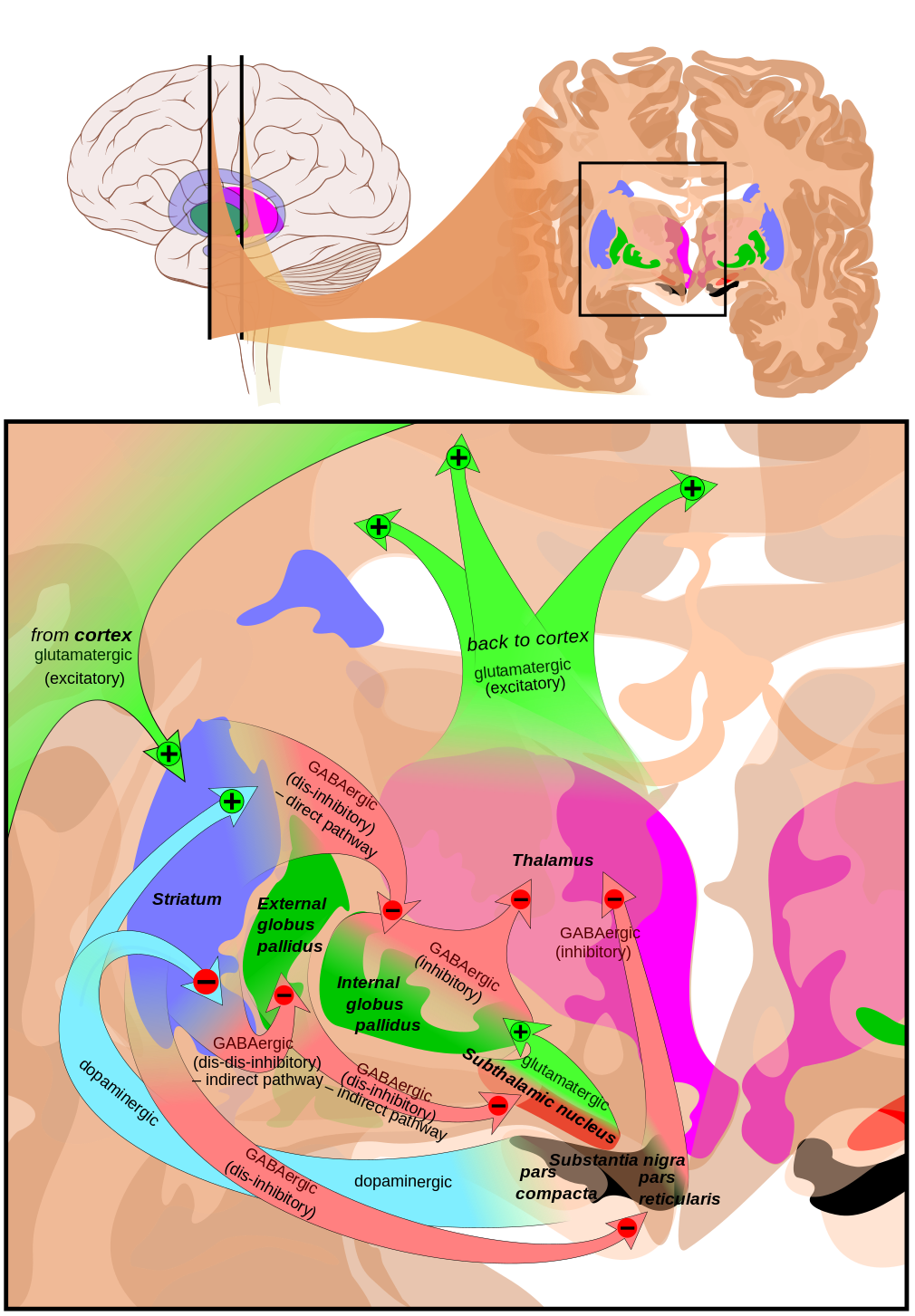 More specifically, for as long as I can remember, I needed to have all of my pencils face the same way in my pencil case; if they weren’t in order, I would get extreme anxiety and would move the writing utensils back immediately. One day, I decided to purposely mess up my pens and pencils and address the subsequent anxiety. It took just one day for me to rid myself of that obsession and compulsion.

I separated OCD and me in eleventh grade and no longer needed to continue seeing a specialist. However, OCD isn’t something that goes away; I will have it forever. On occasion, I still struggle with organization and symmetry. On occasion, I find myself making lists and schedules, and aligning objects. When that happens, I employ the strategies acquired through CBT; I do the opposite of my “OCD voice” (i.e. – ignore the obsession and fail to perform the compulsion), deal with the subsequent anxiety, and further dichotomize OCD and me. Every time I disregard my “OCD voice,” it becomes quieter and quieter. It has become so quiet that I can barely hear it anymore; my OCD lays dormant and is certainty not empowering.