Before 1977, Lyme, Connecticut was afflicted with an epidemic: children with skin lesions, headaches, stiff necks, myalgias, arthalgias, and fatigue. These symptoms later developed and months after the brain, heart, and muscular system were affected too. This unexplained phenomenon plagued patients until Dr. Allan Steere of Yale School of Medicine and his research team in 1983 identified the causative agent, a new spirochetal bacteria called Borrelia burgdorferi found in black-legged ticks. While research has made significant progress in Lyme disease (most cases when diagnosed within the first couple of weeks can be cured with antibiotics), some Lyme patients still suffer inexplicably. Later stages of untreated Lyme do not respond well to antibiotics. This unexplained phenomena still plagues patients. Another patient group that identifies with the term chronic Lyme disease but has no positive B. burgdorferi insists the mistake lies not with their persistence but in diagnostic tests.

The activists are not wrong in faulting diagnostic measures. Late stages of Lyme are less treatable because B. burgdorferi is discovered too late, a diagnostic failure. Certain tests produce too many false positives, treating patients without Lyme with high dosages of antibiotics and misguiding diagnoses. Many tests produce false negatives, ruling out Lyme for patients when it should not have been, allowing for the disease to develop into a later stage. Thirty-one years later, patients still suffer from Lyme disease inexplicably. Improved diagnostic measures should reduce false positives and negatives. They should be sensitive, specific, and reliable. Improved diagnostic measures should also credibly determine whether an identifying chronic Lyme patient actually has B. burgdorferi. Improvements in diagnostic measures, the critical first step in arresting Lyme disease for late stage patients and understanding chronic Lyme, will greatly alleviate suffering. 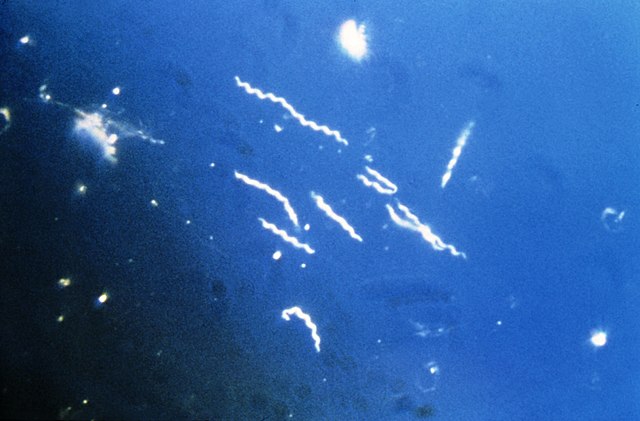 Current Lyme diagnostic procedures, according to the Center for Disease Control (CDC), begin with symptom identification, which is substantiated by blood tests. Both symptoms and positive lab tests are needed for a diagnosis. One cannot be used to diagnose without the other. Laboratory blood tests are “not recommended for patients who do not have symptoms typical of Lyme disease” due to the unreliability of these tests. Symptoms alone cannot be used to diagnose because they are very broad. If the symptoms bull’s eye rash, stiff neck, headache, fatigue, or joint pain are present, tests that detect serum B. burgdorferi antibodies follow. As for tests, the CDC recommends a two-step process: an immunoassay then western blot. An immunoassay, such as an ELISA (enzyme-linked immunosorbent assay), is typically used first. But its high rate of false positives makes it unreliable alone. If a positive ELISA or similar assay result is produced, the test is followed by a western blot, a more thorough assay that searches for antibodies of multiple B. burgdorferi proteins. Another secondary test is PCR (Polymerase Chain Reaction), which will search for the bacterial DNA in joint fluids. While reliable, it is still not up to par with blood or urine samples.

The CDC recommends this compound of tests to minimize false results. But the scientific community acknowledges the need for better diagnostic measures. At the 2012 HHS Federal Research Update on Lyme Disease Diagnostics, Dr. Joseph Breen of the National Institute of Health (NIH) and National Institute for Allergy and Infectious Disease (NIAID) discusses the disadvantages of tests based on detecting the immune response to B. burgdorferi as opposed to detecting the infectious agent itself. These tests are “less than optimal for early disease because it can take weeks for a detectable immune response to be sufficiently measured”. This delay in diagnostic capability prevents treatment during the earliest stages of Lyme disease, when treatment is most effective. Another disadvantage of current tests that Dr. Breen discusses is that current serum diagnostics “don’t reliably change with treatment”. The only way “to measure effective treatment” is symptomatically, which is not consistent. An inability to measure the effectiveness of treatment is crippling, as many patients do not respond to the typical antibiotics. Dr. Breen describes their ideal, improved test as “combinations of more specific and sensitive peptide-based tests which tend to be cleaner results” that also retain “the sensitivity of what’s currently available”. He is hopeful that novel diagnostics can even move past serum diagnostics, possibly to measuring T cell response, which occurs sooner than antibody production.

Dr. Breen highlights a few key extramural projects funded for their innovative strategies in improving Lyme diagnosis. Dr. Monica Embers from Tulane University, who had conducted the critical study in macaques that showed persistent B. burgdorferi after antibiotics, is exploring “a more refined” diagnostic method by targeting new “protein antigens” as a way to measure treatment response. According to her abstract proposal from the NIH project reporter, Embers plans to use attach multiple antibodies to each fluorometric bead, as opposed to pairing one, in order to detect multiple B. burgdorferi peptides. She plans on detecting C6, “the most successful standalone diagnostic antigen for Lyme disease”, as well as four additional antigens whose presence shifts through the course of the infection. Her hopes are that the targeting of multiple B. burgdorferi antigens with a “multiplex platform” in diagnosis will produce a more sensitive and specific assay that can better trace the course of the infection. The project is anticipated to be complete in July 2017.

Another NIH-selected study was by Dr. Linda Bockenstedt from Yale University, who is seeking to “improve upon current serologic tests by developing a new diagnostic cytokine assay”. Similar to Embers, Bockenstedt plans on targeting a new range of B. burgdorferi antigens “expressed in the skin” and measuring the body’s cytokine response to these antigens. Bockenstedt hopes that a cytokine assay will supplement current serologic tests to improve sensitivity and specificity, and additionally measure treatment response. Bockenstedt’s results are also expected in 2017.

Negative image of a group of borrelia burgdorferi. Source: public-domain-image.com

While more comprehensive serologic assays are being investigated, a special preparation of B. burgdorferi samples from humans in February 2013 by a research group from the University of New Haven led by Dr. Eva Sapi was seen to improve sample detection to a remarkable 94% sensitivity and 100% specificity. This novel cultivation method seemingly made detection easier with classic “immunostaining, PCR, and direct DNA sequencing”. But this serum preparation process only created more controversy in the already controversial Lyme disease field. Dr. Barbara Johnson of the CDC evaluated the new culture method and by tracing a DNA sequence found in European strains of Lyme, concluded “positivity due to laboratory contamination of patient samples cannot be ruled out, and further validation of the new culture method is required”. In response to the assessment, the original research group published a defense. The public analysis and critique of the new culture method continued and the CDC stands against the method. In a short release, the CDC emphasizes that the culture method is not FDA-approved and therefore it is not confirmed that it meets the required standards of clinical accuracy. The “CDC recommends that laboratory tests cleared or approved by FDA be used to aid in the routine diagnosis of Lyme disease”, discouraging against the new method and other unapproved tests that chronic Lyme patients often use as alternatives in seeking a diagnosis.

The need for new Lyme diagnostic tests is undisputed. The consequences of unreliable tests have led to several false positive cases where patients receive high doses of antibiotics needlessly, false negative cases where patients develop late stage Lyme or arthritic Lyme from a missed diagnosis, and unclear cases of chronic Lyme where patients claim to have Lyme with no sound biological evidence. The primary agreed upon improvements for Lyme diagnoses are more sensitive and specific tests. Ideally, a diagnostic test should be able to measure the effectiveness of treatment, the stage of Lyme, and even the strain of B. burgdorferi. Unfortunately, controversy continues to riddle Lyme disease research as seen with the new culture method. In a few years, NIH- and-NIAID-supported research by scientists like Dr. Embers and Dr. Bockenstedt will hopefully develop more accurate and reliable serologic tests with new target antigens and bring much-needed, undisputed advancement for Lyme disease diagnosis.

MacDonald, Alan. “No Evidence for Contamination of Borrelia Blood Cultures: A Review of Facts.” Journal of Clinical Microbiology 52.5 (2014): 1803. Web.