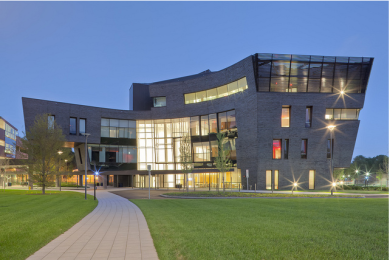 A common misconception is that mental illnesses only occur in high-income countries. However, according to Steven E. Hyman’s commentary titled “The Unconscionable Gap between What We Know and What We Do,” mental illnesses contribute to a significant portion of the burden of disease in low- and middle-income countries. The 2010 Global Burden of Disease Study (GBD) found that mental disorders represent the leading cause of Years Lost Due to Disability (YLD) between the ages of 15 and 44 (Hyman 2014). This age range includes the most productive years of one’s life – including the four years one spends at Yale.

As the more than 50% of Yale students who will seek out mental health services at Yale Health this year can attest, mental disorders impair cognition, emotion, motivation, and executive functions. The impact not only can undermine academic success, but can also have lethal consequences, as we saw just last week. In low- and middle-income countries, the effect of mental illness in the school and workplace contributes to a 35% reduction in economic output (Hyman 2014). Mental diseases often prevent people from completing their education, getting married, having children, and finding jobs which limits their contribution to their respective economies and strains resources– especially if the mental disorders go untreated.

While there are currently many cost-effective treatments available in low- and middle-income countries, mental health is given a low-priority status due to severe resource limitations. The health budget allocations for care of mental illness in many low-resource settings is between 1% and 2% of the health expenditure (Hyman 2014). However, with 80% of individuals in low-resource settings having mental illnesses and not receiving effective treatment, this budget allocation is sadly insufficient. Almost half of the world’s population lives in countries that have less than one psychiatrist per 200,000 people (Hyman 2014).

The obvious question arises: why do so many people receive inadequate treatment at Yale and in low- and middle-income countries on the other side of the world? Stigma is an easy answer – but an incomplete one at best. The term “stigma” has taken many different meanings. It ultimately accounts for negative attitudes across countries and cultures that contribute to marginalization of the mentally ill, their families, and even the doctors and social workers who treat them. A recent Yale study demonstrated that biological explanations for mental illnesses reduce clinicians’ empathy for their patients, thereby increasing the stigma felt by those with mental illnesses (Lebowitz & Ahn 2014). Stigmatization results in the perpetuation of fear and stereotypes against the mentally ill and a sense of imagined moral flaws and weaknesses.

However, stigma alone does not explain the dismissive attitudes of policy-makers and health professionals toward mental illness. An alternative view, suggested by Hyman, for why mental health policy has been neither a concern nor a priority is based on a phenomenon called cognitive distortion. Cognitive distortion is the belief that mental disorders should be controllable by those who suffer from them. According to Hyman, “Given powerful and ubiquitous human intuitions seemingly (albeit falsely) confirmed by introspection, we generally believe that we have transparent insight into the reasons behind our choices and actions” (Hyman 2014). However, cognitive science has shown that our cognitions are largely opaque. Thus, the idea that if people tried hard enough, they could rid themselves of mental illness is an oversimplification that must be acknowledged.

What is to be done both at a microcosm like Yale and in the context of global health? Hyman promotes the idea of improving decision-making among key policymakers. If leaders of global health can explain the logic behind their decisions, we can better understand the role of biases in shaping their actions. At Yale, the administration must acknowledge that expecting those with mental illness to cure themselves is unrealistic. Rather, Yale should confront the situation and enable a clear, streamlined treatment free from distortion.

Hyman, S. E. “The Unconscionable Gap Between What We Know and What We Do.” Science Translational Medicine, 2014, 253cm9.

One thought on “Failure to Treat Mental Illness: At Yale and in the Context of Global Health”